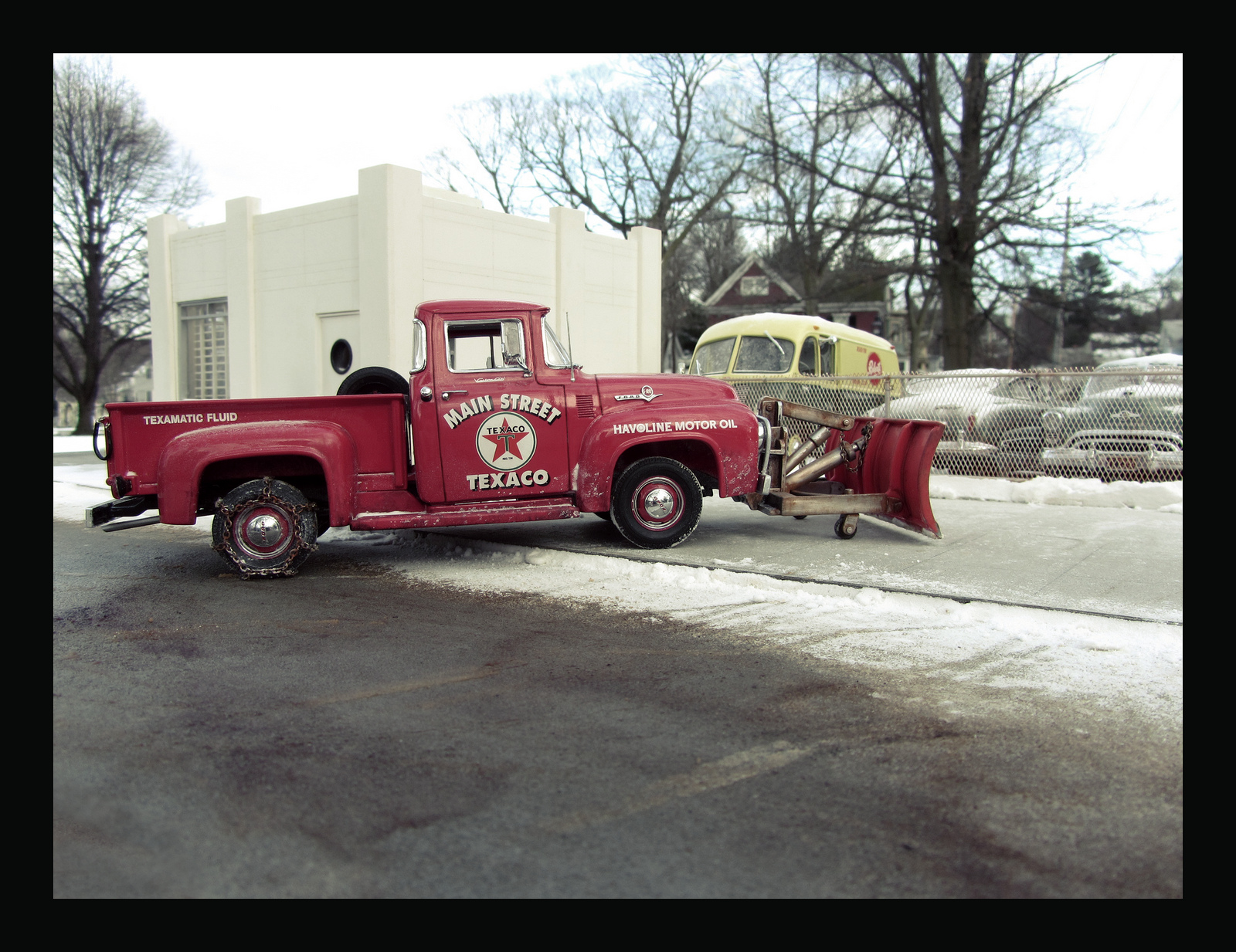 I was recently lucky enough to chance upon a flickr page of artist and photographer, Michael Paul Smith.

His photographs of  diecast realism are pure magic and he is happy to let you peek behind the curtain. 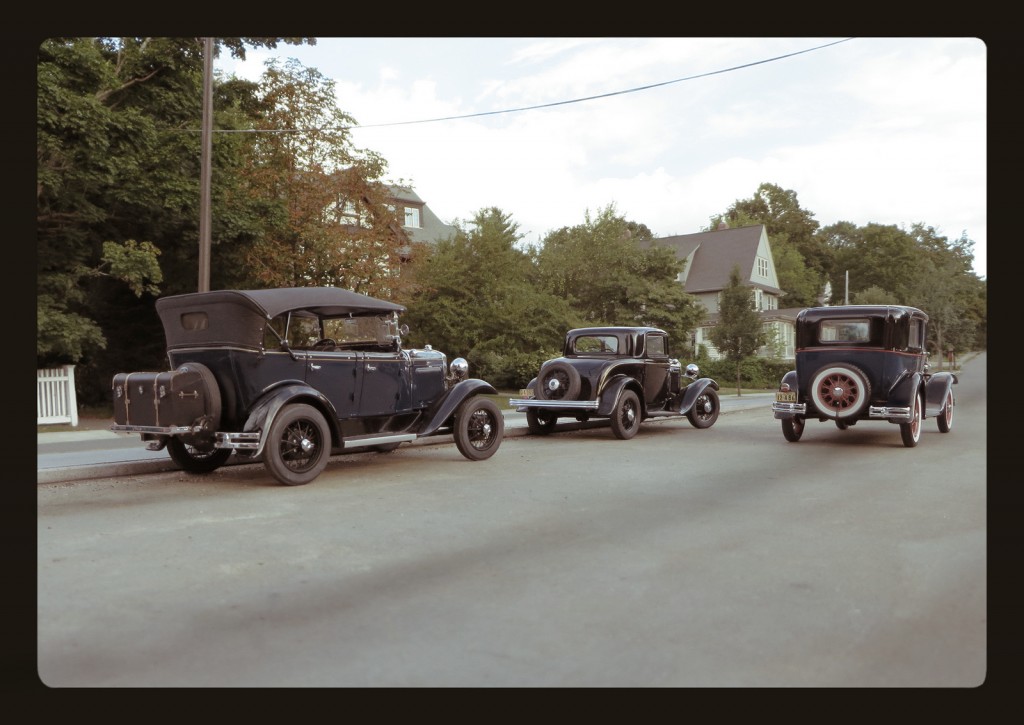 His photographs are truly remarkable.

As well as being an incredible colored pencil illustrator, he creates beautifully evocative photographs using hand-made scale models and diecast replicas of automobiles from the 30’s thru the 60’s. Although a term like “trompe l’oeil” would not be accurate in describing his images because they consist of real 3 dimensional objects, he orchestrates the perspectives and depth of field with such mastery that the resulting photos will mess with your grasp on reality. 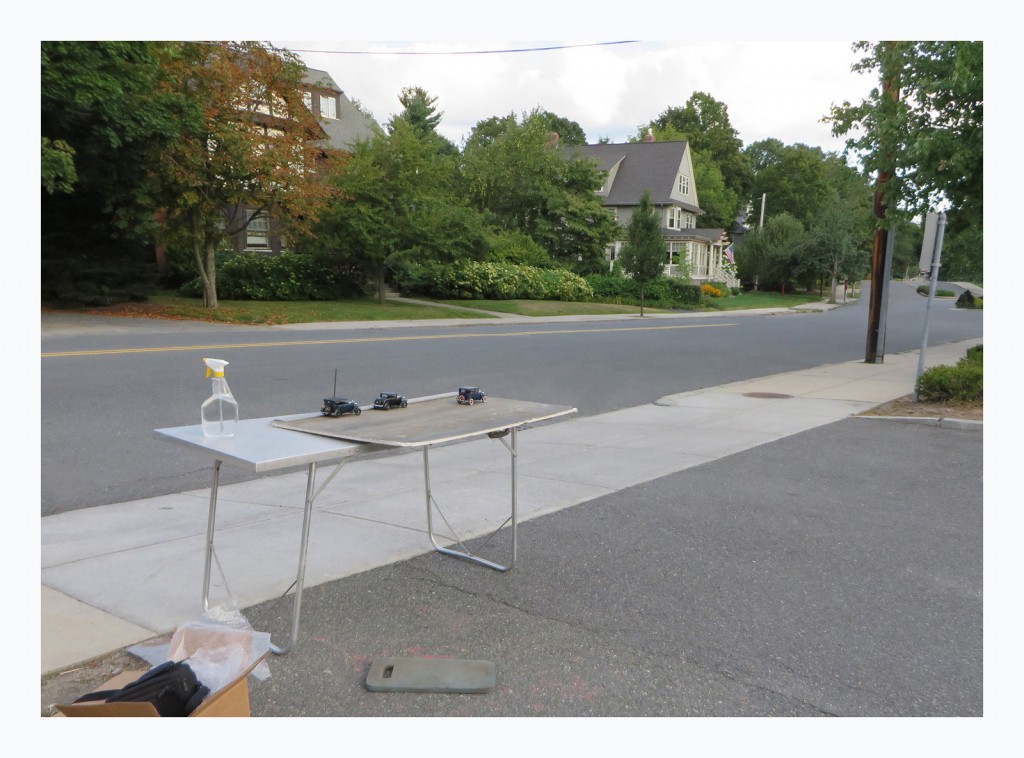 Thankfully, he is also quite generous in documenting the work involved in creating these images with behind the scenes photos of the miniature sets he builds. These photos consist of small and unassuming displays sitting in the middle of a snowy park or set up on an aluminum card table in the middle of a sidewalk, which could easily be mistaken for a snap of an area left abandoned by a child playing with a couple of toy cars.

Although the results of his work are truly remarkable, I find these behind the scenes photos more intriguing than the moments they are  meant to recreate. Only because contrary to what your eyes are telling you, their existence forces you to believe that his creations are in fact, beautiful frauds.

I highly recommend checking out his his flickr page.

You won’t be disappointed. (Be sure to take notice of the backstories on the photos.)

I sure hope he doesn’t mind I took the liberty of showing a couple of his photos here. 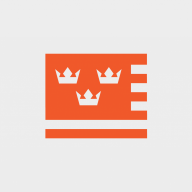