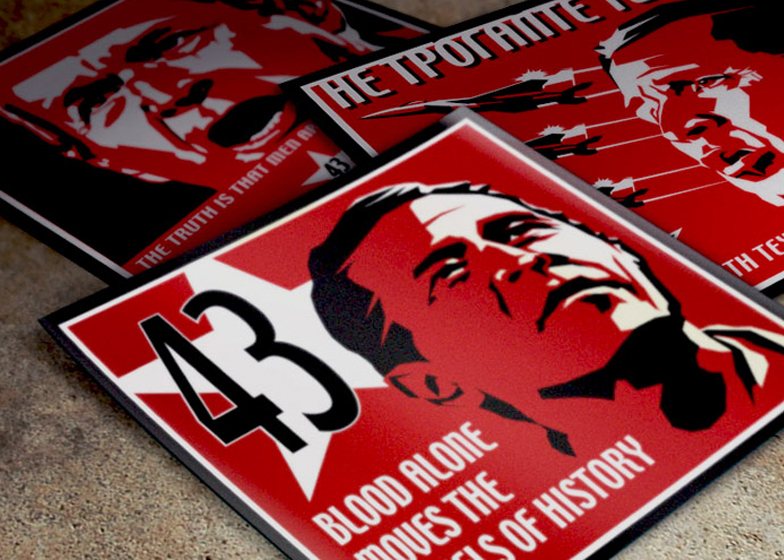 This self project had several manifestations and a concept that I feel deserves a few lines about how it came to be.

Back when the US invaded Iraq, it was covered extensively by an ecstatic US media. (Poorly, complacently, co-dependently, and more cheerleaders than journalists. But enough editorializing.) As I watched the reports from Baghdad, I was struck by all the murals of Saddam Hussein in the background, which I am sure was no coincidence, but they seemed to be everywhere. It got me thinking.

I felt that the way that the invasion polarized the American people, and blind nationalism was suddenly something to be proud of, I thought that murals of George could easily be accepted and perhaps even encouraged in some parts of the country.

My original idea involved creating ideologically ambiguous full color posters that I would paste up in the NYC subways…guerrilla style.  The heart of the concept was to create images that the viewer would be unsure if the poster was mocking or praising the President. 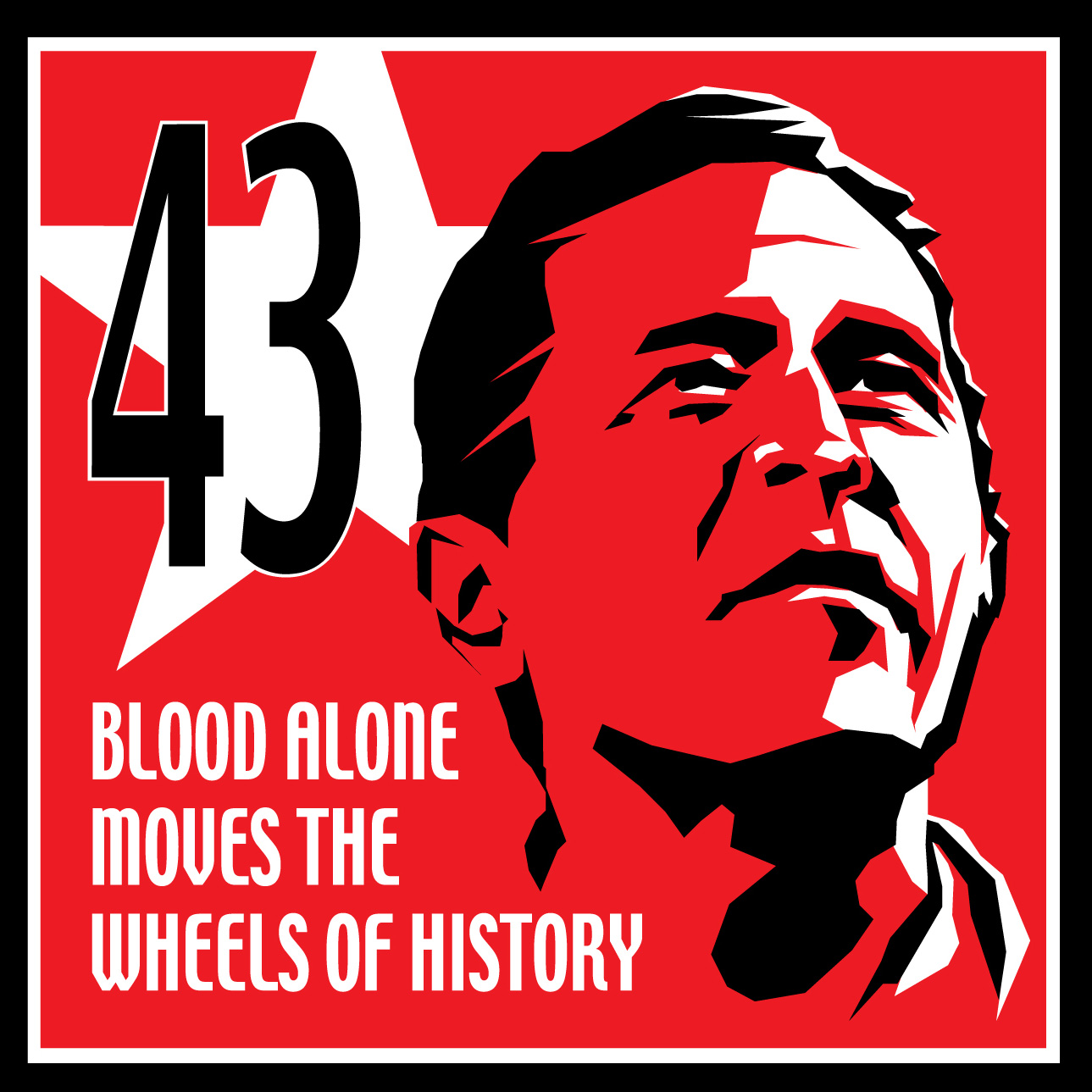 A quote from Benito Mussolini. 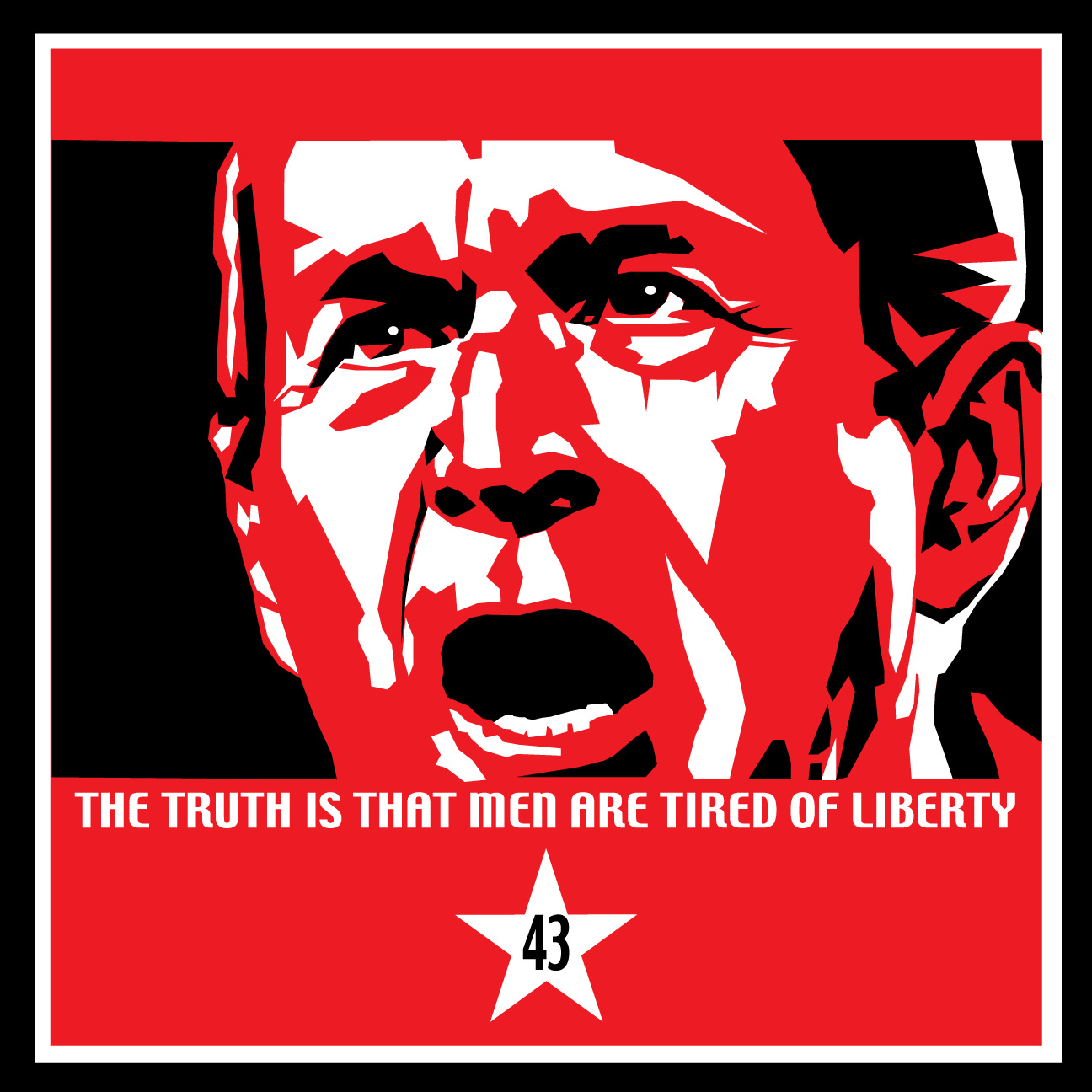 Unfortunately, getting a few hundred large full color posters printed up was way beyond my budget and I had to scale down my grand scheme.

So, as a means to salvage my idea, I decided I was going to create 4 inch, 2 color stickers instead.

Yeah…pretty lame. But I had an expensive Brooklyn studio apartment with rent due. 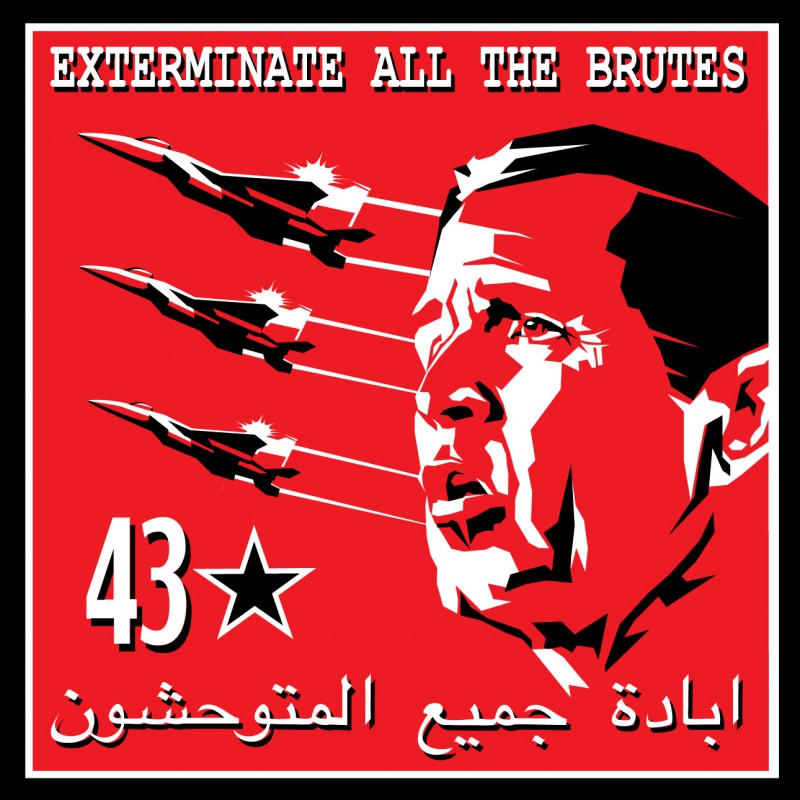 A quote from Joseph Conrad's "Heart of Darkness." With an Arabic translation. 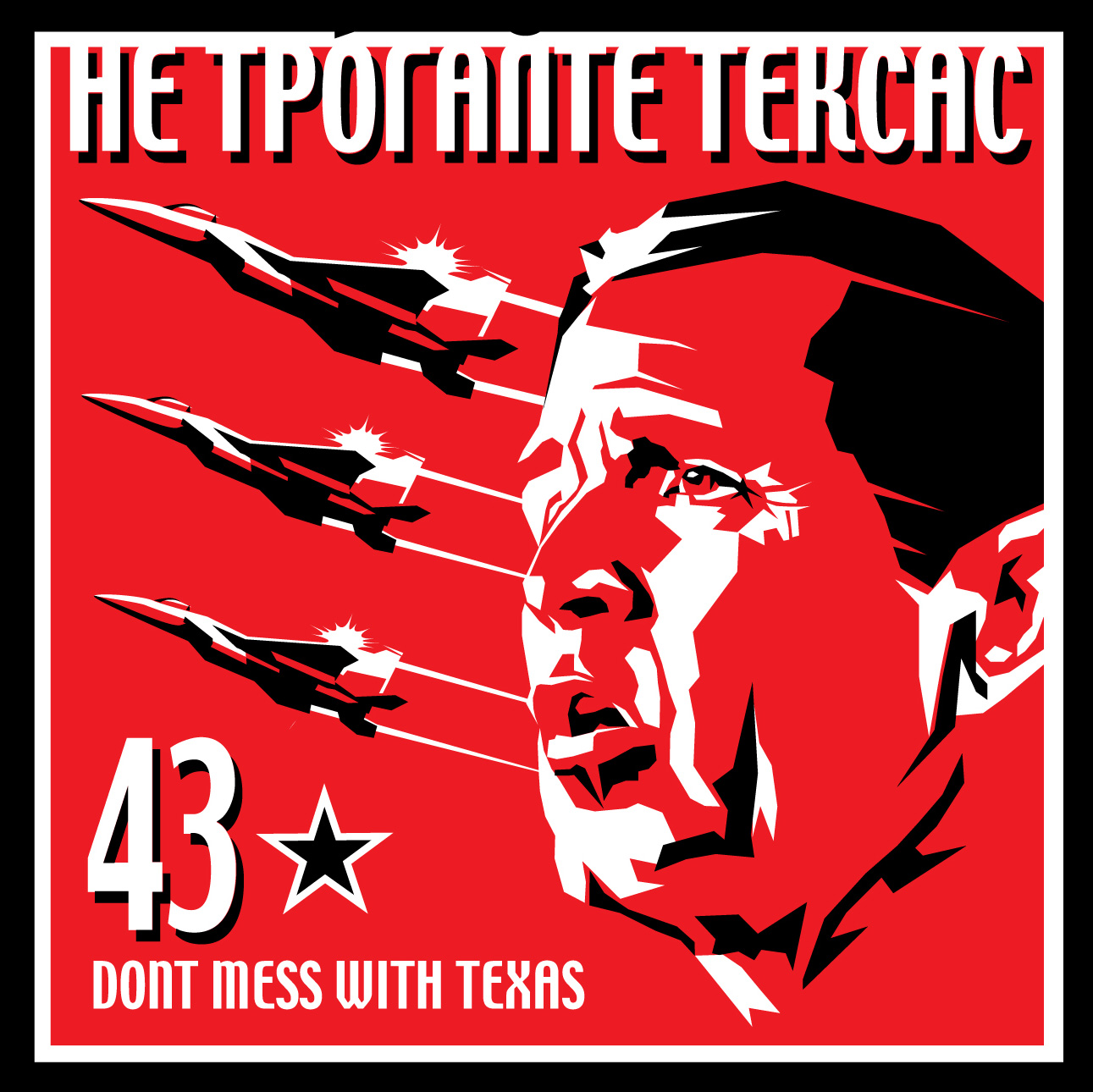 "Don't Mess With Texas" translated into Russian.
Previous
Next
7ads6x98y